What is The I-Ching?

P.S.
If YOU want to get in on an exclusive series
of Esoteric PodClasses offering
DIY lessons on Metaphysics & Magick...
🧐
Well -
Just Sign Up NOW
because it's COMING SOON!
We are officially launching Esoteric PodClass content
for our family of select contributors starting 7/11.

If YOU are Interested in receiving all
the  swanky Supernal goods - ?
Simply Sign Up.
Email Us = Esoteric@SupernalRoots.com


Buzzsprout podcasting is pretty awesome - so...
feeling froggy?
LEAP!!!
😉
Check Out Buzzsprout - and be sure to tell 'em I sent ya!
Here's my official Buzzsprout Referral link:
https://www.buzzsprout.com/?referrer_id=1026391

The I Ching also pronounce “Yi Jing” is the oldest book in the world.
Its origins are lost in the mythical past 6,000 years ago.

The I Ching an ancient Chinese manual of divination.
Divination can be defined as the practice of seeking knowledge of the future  or the unknown by supernatural means. The I Ching is used in a type of divination called cleromancy, which uses apparently random numbers. Cleromancy is a form of sortition, casting of lots, in which an outcome is determined by means that normally would be considered random, such as the rolling of dice. However, this practice is sometimes believed to reveal the will of God, or other universal forces and entities.

Again, the I Ching emerged in China as a fortune-telling manual at least three thousand years ago. It began, so the story goes, with eight three-lined symbols called trigrams, which represented all of the fundamental phenomena in the universe. This ancient Chinese manual of divination is based on eight symbolic trigrams and sixty-four hexagrams, interpreted in terms of the principles of yin and yang. Six numbers between 6 and 9 are turned into a hexagram,  which can then be looked up in the ancient text of the I-Ching.

According to a western Professor - Timothy Eliot Stokes, the practice of I Ching is one of the most dangerous forms of existential exploration.  However, this ancient Chinese manual of divination was included as one of the 'five classics' of Confucianism. For many millennia practitioners of the I Ching have been known to reach a higher state of being through its use.

Email has been submitted.

Here are a couple of episodes to introduce you to the entire Esoteric Podcast's vibe. These are just like appetizers to start out with. They should get you all oriented with the kinda magickal delish we offer. 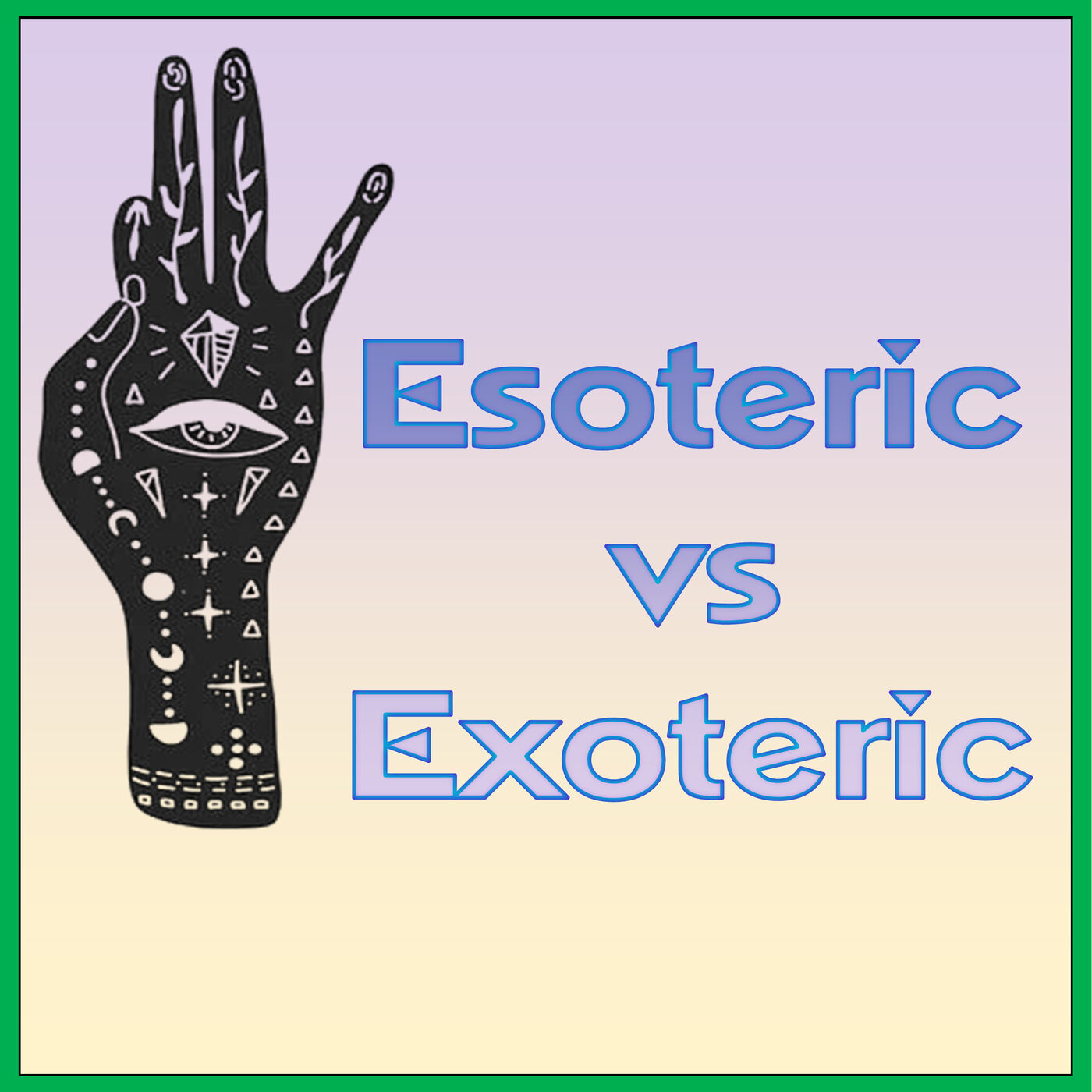 = 💫🎙️💫 *** Esoteric vs Exoteric - a talk to review the difference *** Exoteric and Esoteric: these words basically mean “outer” a…